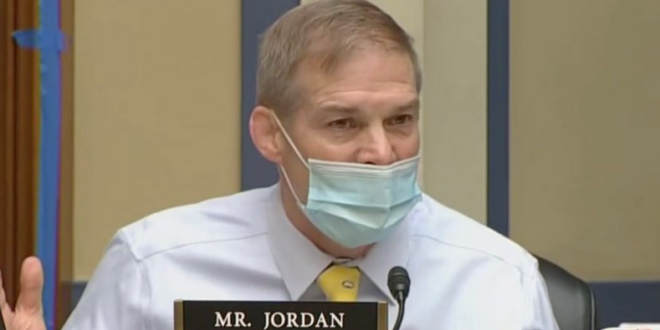 California Rep. Maxine Waters erupted at Ohio Rep. Jim Jordan on Thursday while the Republican lawmaker was berating Dr. Anthony Fauci during a House subcommittee hearing on the COVID-19 pandemic.

Jordan has frequently made headlines for his loaded, and often misleading, criticisms of Fauci, who is the US’s top infectious disease expert.

Waters intervened on Thursday as Jordan was in the middle of grilling Fauci, telling the Republican lawmaker to “respect the chair and shut your mouth.”

“We had 15 days of ‘slow the spread’ turn into one year of lost liberty,” Jordan said. “What metrics, what measures, what has to happen before Americans get more freedoms back?”

“You’re indicating liberty and freedom. I look at it as a public health measure to prevent people from dying and going to the hospital,” Fauci countered. “This will end, for sure, when we get the level of infection very low. It is now at such a high level, there is a threat again of major surges.”

Fauci later said to Jordan, “You’re making this a personal thing and it isn’t.” “It’s not a personal thing,” Jordan fired back. “No, you are,” Fauci said, sounding exasperated. “That is exactly what you’re doing.”

Jim Jordan’s questioning of Dr. Fauci devolves into a shouting match among several committee members, eventually resulting in Maxine Waters yelling: “You need to respect the chair and shut your mouth!” pic.twitter.com/Phzr4DCGmM

‘You need to respect the chair and shut your mouth,’ Representative Maxine Waters said to Representative Jim Jordan during a heated House of Representatives COVID-19 hearing with Dr. Anthony Fauci pic.twitter.com/NrMAY4k68A

Previous WI: The Kraken’s Motion On Sanctions Is Sanctionable
Next Oath Keeper Who Hunted Pelosi In Capitol Denied Bail