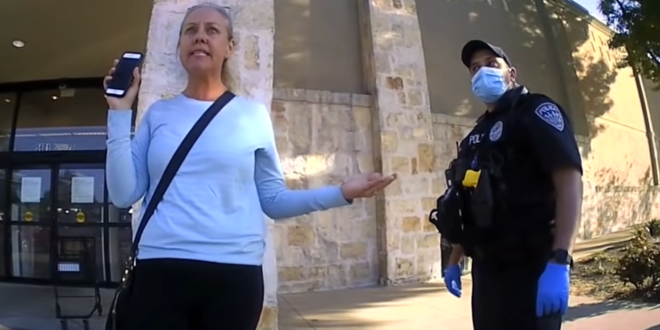 Lake Travis ISD School Board candidate Kara Bell was given an assault citation last week after a confrontation with a store employee at Nordstrom Rack located on Brodie Lane. According to video and a police report obtained by KVUE, Nordstrom Rack employees called police when Bell refused to put on a mask upon entry of the store.

According to the report and an employee in the video, Bell shoved an employee before forcing her way into a dressing room where she proceeded to call the Nordstrom Rack corporate office. Bell was then escorted outside, where police say they tried to ask for her ID. In the video you can hear her response in part, “I am a woman of God.”