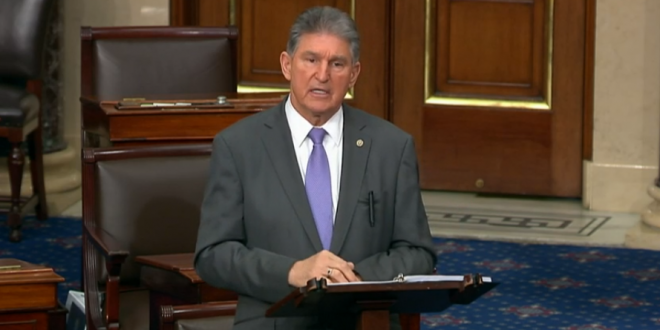 In a radio interview with West Virginia’s MetroNews, Manchin said raising the corporate tax rate to 28 percent, as envisioned in the plan, is just too high, though he did say he could get behind a hike to 25 percent.

The senator claimed he wasn’t alone, either. “There’s six or seven other Democrats who feel very strongly about this,” he said. “We have to be competitive, and we’re not going to throw caution to the wind.”

Previous DOJ Reverses Trump Rules On LGBT Student Protections
Next Matt Gaetz: “I’m Not A Monk And Not A Criminal” So Just Ignore The Coming “Drips” From The Corrupt DOJ