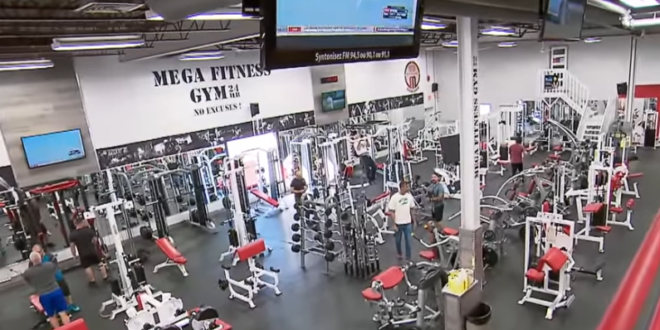 We still don’t know exactly how it started — a runner on a treadmill, or perhaps someone lifting weights — but an outbreak at a gym in Quebec City has become one of the largest recorded COVID-19 superspreading events in Canada.

The Mega Fitness Gym 24H, tucked behind a busy highway in an industrial section of the provincial capital, became a major source of contagion for the B117 variant first identified in the United Kingdom, which now accounts for 70 per cent of all cases in Quebec City.

The gym was shut down March 31 as the city was once again put under lockdown. To date, there have been 224 people infected at the gym, and another 356 related cases involving outbreaks at 49 workplaces. A 40-year-old man who trained at the gym has died.

The gym owner, Daniel Morino, had protested government-mandated business closures by reopening his facility in the middle of a province-wide lockdown last summer. According to CBC, the gym owner had shared social media posts that downplayed the seriousness of the virus and cast doubt over the necessity of wearing face masks.

Although Marino maintained that he had been adhering to social distancing measures after defying lockdown mandates, Quebec City’s public health director said that, based on the latest inspection, it was clear that the gym had not been taking proper safety precautions.

According to the director’s statement, which was reported by CTV, gym-goers were not being screened for symptoms, employees were not wearing proper personal protection gear, and clients were not physically distancing themselves from each other.

The Mega Fitness Gym 24H in Quebec City is now linked to more than 500 cases of COVID-19, contributing to a significant spike in cases in the provincial capital. https://t.co/dgMVzIMISC