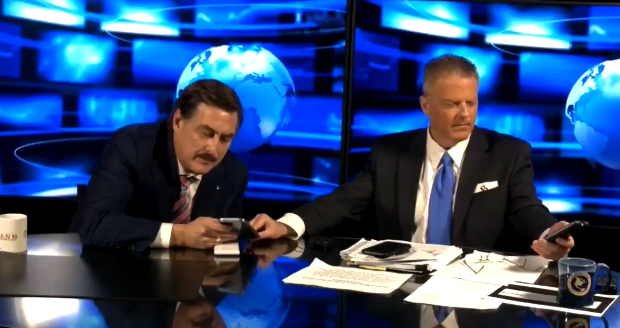 Mike Lindell is trying to release his new social media platform. According to Newsweek, “FRANK” failed to launch today, for the second time in a week. Lindell blamed a cyber attack and is currently hosting a talk show of some sort on the platform’s webpage as part of a 48-hour “FRANK-a-thon.”

That brings us to the clips below. Lindell’s phone number must be somewhere on the Internet because he is getting prank phone calls, including one that made him think Donald Trump was calling. That one (the second embedded below) has a NSFW punchline.

Things are only getting worse for MyPillow CEO Mike Lindell as he attempts to hold a 48 hours “FRANK-a-thon” event – as he is now being trolled by callers who apparently got ahold of his phone number. pic.twitter.com/IxHdXGVGMR

Mike Lindell was just duped into thinking Trump was calling into the program. pic.twitter.com/VUMy1etNA3