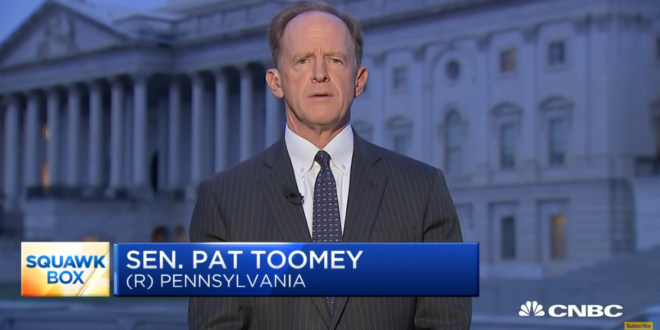 The Jan. 6 insurrection was 100 days ago. In the wake of that awful day, members of Congress are spending tens of thousands of their campaign dollars on security to protect themselves and their families.

Not surprisingly, the phenomenon seems most acute among Republicans who voted to impeach and convict former President Donald Trump.

High-profile Democrats also shelled out piles of cash for private security. Several lawmakers privately told us that they got a flood of death threats after opposing Trump, and feared for their own safety and the welfare of their families and staff.

Read the full article. Leading the security expenditures list is Sen. Pat Toomey, who has so far shelled out $70,000 to a raft of companies, one of which advertises its panic rooms.

Members of Congress — especially Republicans who voted to impeach Trump — are spending tens of thousands of dollars on personal security in the wake of the Jan. 6 riot, according to an analysis of FEC reports by Punchbowl News. https://t.co/5YGgxrEQv9