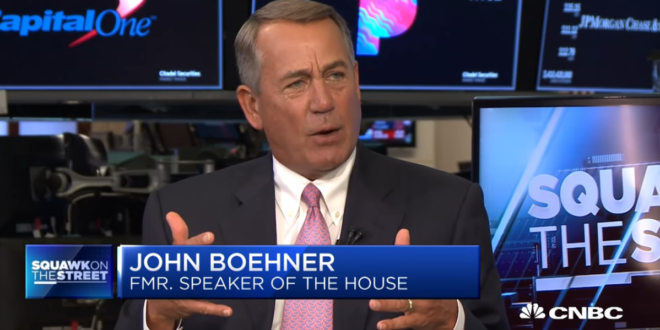 John Boehner Admits He Voted For Trump In 2020

From an interview with TIME Magazine:

You didn’t endorse anyone in the 2020 presidential race, and a spokesperson for you said that you “would rather set [yourself] on fire” than get involved in the election. Who did you vote for?

I voted for Donald Trump. I thought that his policies, by and large, mirrored the policies that I believed in. I thought the choices for the Supreme Court were top notch. At the end of the day, who gets nominated to the federal courts is really the most important thing a President does.

Scoop from @LissandraVilla: John Boehner voted for Trump in 2020 https://t.co/8SrYkdIonG

Yeah, so I guess let’s not pretend like Boehner was a victim of — or an unwitting participant in — the policies of the “new GOP”

No matter how much he trashed Trump and said he was bad for the country, he still voted for him. https://t.co/NdjAQPNSAc

Boehner: “Donald Trump is a product of the chaos we’ve seen in our political process over the last 10 or 12 years.”

Also Boehner: I voted for Trump in 2020 https://t.co/gvNIHbsAtO