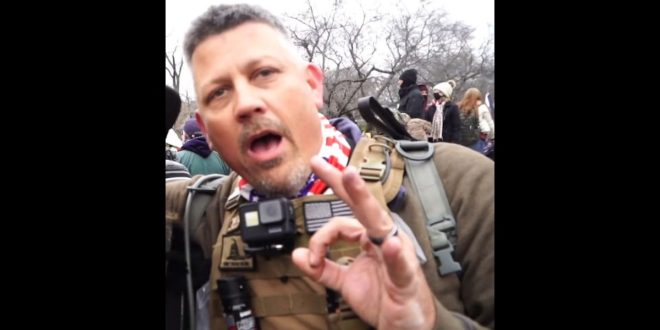 Jailed Proud Boy: Let Me Out, I Got COVID In Here

A member of the Proud Boys charged with pepper spraying a line of police officers at the Capitol is urging a federal appeals court panel to free him from pretrial detention, citing a Covid-19 diagnosis he received while being held in a Washington, D.C., jail.

Christopher Worrell is particularly vulnerable to Covid, his lawyer Allen Orenberg said, because he’s also in the midst of treating non-Hodgkin’s lymphoma and has a compromised immune system.

Worrell had previously sought relief from U.S. District Court, citing symptoms that had emerged as a result of his lymphoma, saying that he had been unable to access his cancer medication while in the D.C. lockup.

A Proud Boy got Covid-19 in jail after he was charged with pepper spraying police officers at the Capitol on Jan. 6https://t.co/lWRaeFkxBk

NEW: #ProudBoys member Christopher Worrell was just arrested for participating in the #Capitol siege… and unloading his pepper spray at the police.

He got ‘agitated’ when the @FBI first contacted him..