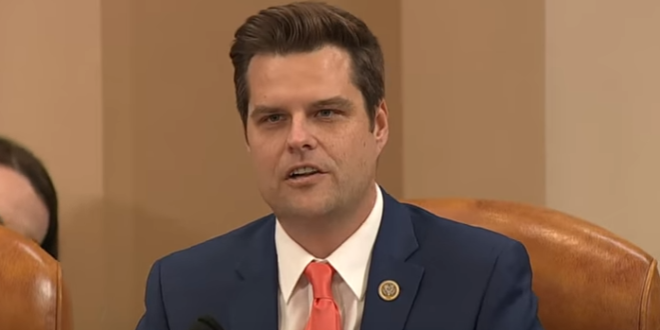 The House Ethics committee on Friday said it would launch an investigation into Rep. Matt Gaetz (R-Fla.), who has been accused of sexual misconduct, among a litany of other things. The Justice Department is investigating Gaetz for an alleged relationship with a 17-year-old girl.

In a statement Friday, the committee chairman said they were aware of allegations that Gaetz “may have engaged in sexual misconduct and/or illicit drug use, shared inappropriate images or videos on the House floor, misused state identification records, converted campaign funds to personal use, and/or accepted a bribe, improper gratuity, or impermissible gift, in violation of House Rules, laws, or other standards of conduct.”