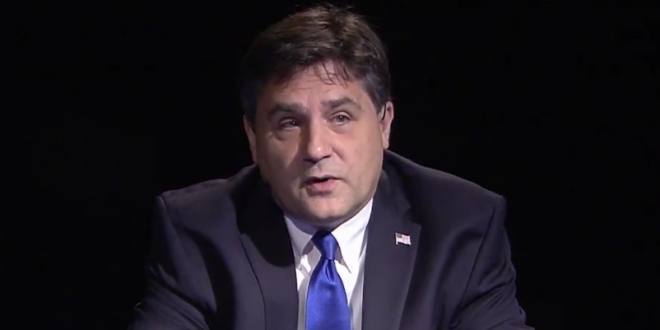 Dominion sent Colbeck, who’s from Canton, a letter on Friday, according to a document obtained by The Detroit News. The company says Colbeck is waging a “disinformation campaign” while touring Michigan to give presentations entitled “Case for MI Decertification,” which blames Dominion for “stealing the election” from former President Donald Trump.

“You are knowingly sowing discord in our democracy, all the while soliciting exorbitant amounts of money — totaling over $1 million so far — from your audiences paid directly to your personal business,” says the letter.

Read the full article. Colbeck ran for Michigan governor in 2018, finishing third in the Republican primary. He was the partner of MyPillow CEO Mike Lindell in the production of Lindell’s election “movie.” During his time in the state senate, Colbeck was fond of mockingly referring to his salary as a “fixed income” – which critics saw as attack on the poor. In the photo below, you can see that Colbeck is flanked by what appears to be a member of the Three Percent militia.