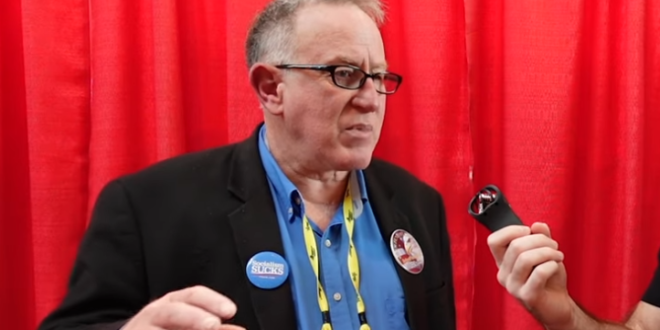 The keynote speaker at a Minnesota county Republican Party’s event last month told members that George Floyd’s murder at the hands of police was “planned since 2016.” On March 27, New Zealand author Trevor Loudon addressed an audience of hundreds of members of the Wabasha County Republican Party at a dinner in a church, the Bemidji Pioneer reports. Loudon promoted conspiracies, claiming more than a hundred Democratic members of Congress deserve to be investigated for espionage.

Read the full article. Loudon also told the group that COVID was intentionally released to hurt Trump and that the election was stolen. The GOP group has proclaimed the event as an “amazing night” on their Facebook page. The clip below is from this year’s CPAC.

A county Republican Party organization in Minnesota recently hosted a dinner featuring a keynote speaker who told attendees that George Floyd’s murder was a hoax https://t.co/6mH5qwCoAi

WTF? @mngop puts on event where keynote speaker said that the killing of George Floyd and the subsequent civil unrest was planned since 2016 as well as that the pandemic was a planned effort by the Chinese so Trump would lose the 2020 election!
READ: https://t.co/zzB9VzX3Xs