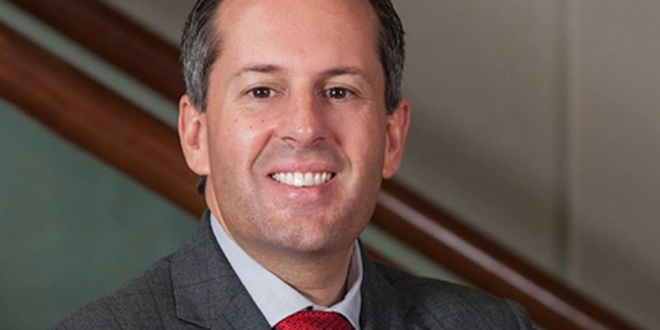 A Republican state delegate running to be Virginia’s next lieutenant governor is accusing another GOP candidate in the race of homophobia after a mailer showing him attending a PrideFest event with a rainbow-striped shirt on was sent out to convention delegates with a message claiming he was not a true Republican.

The issue came to light earlier this week when Del. Glenn Davis Jr. (R-Virginia Beach) sent a tweet condemning one of his fellow Republicans in the race for lieutenant governor, former delegate Tim Hugo, for being connected to the mailer.

Hugo was not made available for an interview Friday. His campaign manager, Dustin Rhodes, said in a statement the mailer was sent only to expose Del. Davis’s “liberal voting record” and that the image was from the delegate’s public Facebook page.

Tim Hugo sent a mailer attacking me for participating in #Pridefest with @RPofVB. I’m sorry for my colleague’s #homophobia, but I don’t believe the government has any place in our bedrooms PERIOD. pic.twitter.com/Fed7ql7EDR

This text is being sent around to look from Hugo. However the other part reads eerily similar to verbal attacks from another campaign. Also HB145 only asks model policy be created by the state but doesn’t require those exact polices be adopted nor men allowed in girls lockerrooms pic.twitter.com/OPkpSTblII