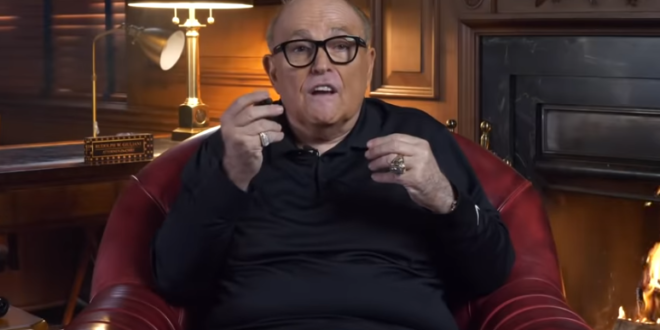 Giuliani’s Lawyer Rages FBI Raid was “Legal Thuggery”: How Could They Do This To Trump’s Personal Lawyer?

Mr. Giuliani’s lawyer, Robert J. Costello, called the searches unnecessary because his client had offered to answer prosecutors’ questions, except those regarding Mr. Giuliani’s privileged communications with the former president.

“What they did today was legal thuggery,” Mr. Costello said. “Why would you do this to anyone, let alone someone who was the associate attorney general, United States attorney, the mayor of New York City and the personal lawyer to the 45th president of the United States.”

Went from being America’s Mayor, to American Crime Story, from prosecuting criminals to being investigated for crimes. #Sad https://t.co/oemqrZeKeb

Amazing that @RudyGiuliani home and office gets raided by law enforcement and I start #trending on @Twitter! pic.twitter.com/JpQpSbZMOc

Previous CT Ends Religious Exemptions For School Vaccines
Next Pelosi: I Will Never Forgive The Instigators Of The Riot