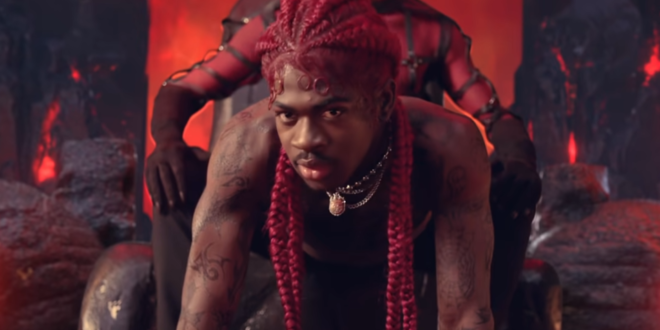 Lil Nas X launches at No. 1 on the Billboard Hot 100 songs chart with “Montero (Call Me by Your Name).”

The song, propelled by its buzzy official video, is his second Hot 100 No. 1, after his breakthrough smash “Old Town Road,” featuring Billy Ray Cyrus, reigned for a record 19 weeks in 2019.

Credit, in part, for this achievement goes to Candace Owens, South Dakota Gov. Kristi Noem, and all the other right wingers who screamed the existence of the track into the general public’s awareness.

god i am gonna do so much sex tonight

i hope my haters are sad. i hope they are crying. i want your tears to fill my grammy cup. 🏹🤍

me after getting a song about gay sex to the top of the billboard charts pic.twitter.com/UJK5HpDCOA