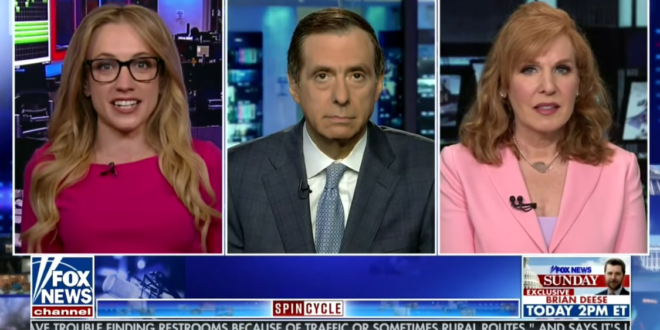 “It’s got sex, it’s got drugs, it has Matt Gaetz, who is a very polarizing figure and he’s a very staunch supporter of Donald Trump so people either really love him or they really hate him. But I think it’s been really interesting.

“But it’s been interesting to see some in the media on the left who normally wouldn’t be so puritanical about something like that, being very puritanical and not just look at following the facts of it.” – Fox Nation host Kat Timpf.

Previous GOP Michigan Cultist Gets Warning From Dominion
Next Pete Buttigieg: “Now’s Our Chance” On Infrastructure