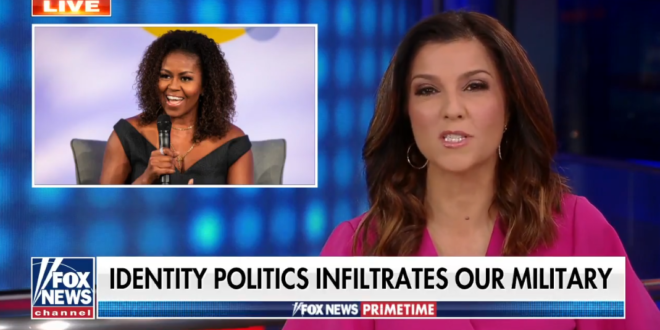 RACHEL CAMPOS-DUFFY (HOST): Critical race theory and gender ideology have infected nearly every institution in America. The last vestige of the pro-American meritocracy still standing was the U.S. military.

From the progressive perspective, the military was too masculine, had way too many Republicans, and a dangerous knack of turning minorities into patriotic, self-reliant conservatives. This could not stand.

Michelle Obama’s decision to make military spouses her top initiative as First Lady was the first clue that they had their sights set on the U.S. Armed Forces. By Obama’s second term, a stealth takeover of top brass — top military brass was underway.

Officers who were aligned were promoted. A general who obeyed and advanced the woke progressive agenda could expect a lucrative afterlife on corporate boards, already populated by the Obama-Clinton world.