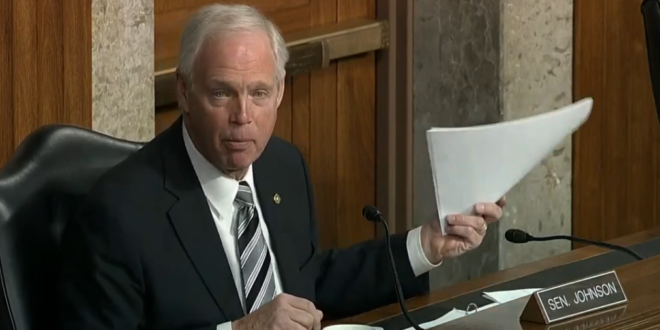 GOP Sens. Rick Scott (Fla.) and Ron Johnson (Wis.) did not respond to Power Up‘s request for comment on if and when they plan to receive the coronavirus vaccine as Republican voters — and GOP men in particular — has emerged as one of the most vaccine hesitant demographics.

Sen. Mike Braun (R-Ind.) has cited concerns about the vaccine’s ties to abortion as a reason he had not yet been vaccinated. In a statement provided to Power Up, Braun declined to disclose his vaccination status and scolded those “keeping tabs on who has or has not received a vaccine through ‘passports’ or lists.”

A spokesperson for Sen. Rand Paul (R-Ky.) reiterated the Kentucky lawmaker’s claims he’s “developed an immune defense to the virus” after testing positive for coronavirus last March, and is “following the science on the vaccines and masks for those who have developed immunity.”

Analysis: Republican men are hesitant to get vaccinated. At least four GOP senators are among them. https://t.co/F69Vc09MlX

Previous Carlson Defends DC Rioters: How Dare They “Wander” Into Their Own Building And Talk About Their Rights
Next Pence Launches New Cultist-Laden Anti-Biden Group