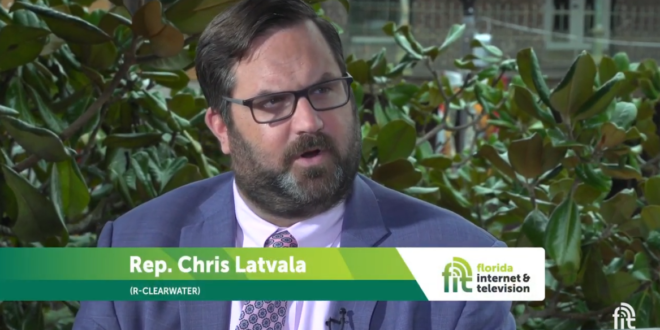 A proposal that would make it more difficult for transgender athletes to compete on girls’ and women’s high-school and college teams stalled Tuesday in a state Senate panel.

With the 2021 legislative session scheduled to end April 30, Senate Appropriations Chairwoman Kelli Stargel, who is sponsoring the Senate’s version of the transgender athlete bill, said she needs to devote her time to negotiations with House leaders on the state budget.

The Florida House approved its transgender sports bill, dubbed the Fairness in Women’s Sports Act, on April 14 by a 77-40 mostly party-line vote, with all but one Democrat opposing.

The House version of the anti-trans bill, sponsored by the jackhole seen above, would mandate literal “genital inspections” to ensure the “biological sex” of athletes.

Florida’s anti-trans sports bill appears to be dead for now. The state Senate’s sponsor said in a statement, “I don’t know that we will have sufficient time to revisit SB 2012 this session.”https://t.co/kPjfOS5EVQ

FL’s state Senate is full of cucks who strive to be loved by Dems. https://t.co/XBX4plks6T