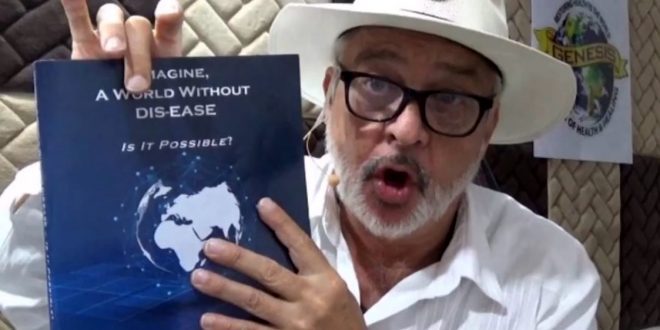 A federal grand jury brought charges against members of a Bradenton family nearly a year after they were arrested for selling bleach that they claimed to be a cure for the COVID-19 virus. At that time, federal investigators say they found loaded guns, nearly 10,000 pounds of sodium chlorite powder and thousands of bottles of MMS.

The FDA said it received reports of hospitalizations and life-threatening conditions as people drank MMS. At least seven people died after drinking the chemical mixture, federal prosecutors say. Prosecutors said they believe the family sold MMS under their “non-religious” Genesis Church of Healing in an effort to bypass government regulation.

Read the full article. As I reported at the time, last year family patriarch Mark Grenon sent Trump a letter touting his miracle bleach only days before Trump publicly suggested injecting disinfectants to treat COVID. My previous report on the arrests is here.