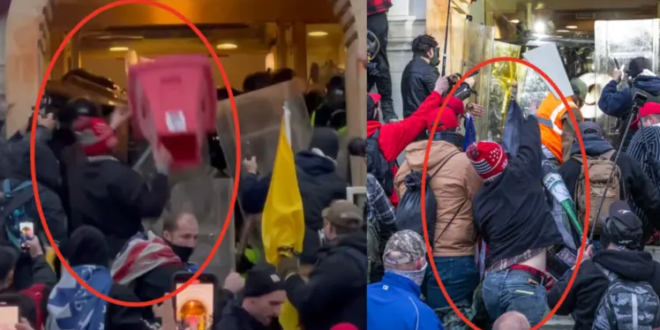 A Little River man was arrested and charged by the FBI on April 15. Nicholas Languerand, 26, is charged with assaulting, resisting or impeding an officer using a dangerous weapon, theft of government property, and violent entry and disorderly conduct on Capitol Grounds.

According to a federal criminal complaint, the FBI received a tip on Feb. 25 that Languerand “posted a picture on Instagram of himself at the U.S. Capitol during the riots.”

In response to a user on Reddit, the accused man later posted, ““My name is Nicholas Languerand and I am a proud Patriot. Where We Go One, We Go All. Only true fascists censor and slander the opposition. God is watching.”

The grandparents of a Little River man charged in connection with the Capitol riots were surprised when FBI agents showed up at their home Thursday morning, the relatives told News13. Susan and Charles Killian told News13 they’re the grandparents of 26-year-old Nick Languerand.

When asked if he thinks the charges are legitimate, Charles Killian said he didn’t know anything because he wasn’t there. “The only thing I will say is that he’s a patriot,” Susan Killian said. When asked what she meant by that, she responded, “I mean he’s for America.”

#Breaking: Man from Little River arrested by FBI for alleged actions at U.S. Capitol riots.@rickcaines with the details:https://t.co/EFnlYXnsQS