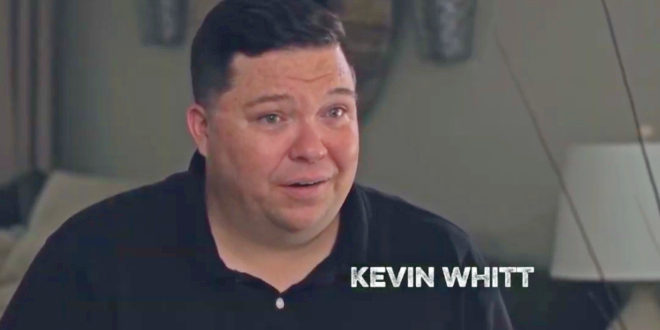 The Fort Worth Weekly reports:

Dozens gathered outside Fort Worth City Hall this afternoon in anticipation of a “White Lives Matter” rally, one of many occurring on the same day in nearly four dozen cities across the country.

There was no significant violence and no arrests were made, but several accusations of assault flew from both sides.

One came from Kevin Whitt, who appeared to align himself with the White Lives Matter protesters. His phone was knocked out of his hand by a female counterprotester, who in turn accused Whitt of assaulting her first.

In February, I reported that Whitt had been fired from his field organizer job with the Texas GOP after he posted video of himself among the rioters outside the US Capitol.

Whitt, who claims to be an ex-transgender prostitute and drag queen, posted an Instagram video in which he can be heard speaking as the mob rushed the Capitol doors.

In another video, he’s heard screaming about pedophilia to a worker at Washington DC’s Comet Ping Pong Pizza.

Whitt says he “100% believes Pizzagate is real” but deleted both videos after being contacted by the Texas Tribune.

He is part of the traveling “ex-gay” March For Freedom, whose YouTube account has apparently been banned.