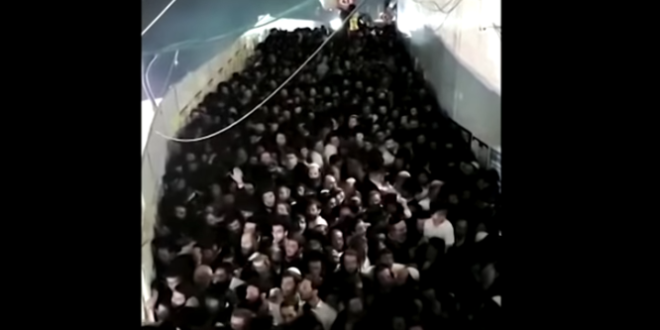 At least 44 people have been killed in a crush at a crowded religious festival in the north-east of Israel. Dozens more were injured at the Lag B’Omer celebration, which takes place annually at the foot of Mount Meron.

Prime Minister Benjamin Netanyahu travelled to the scene and said Sunday would be a day of national mourning. Tens of thousands of Orthodox Jews attended the all-night festival, making it the largest event in Israel since the coronavirus pandemic began.

The country’s successful vaccination programme has allowed it to lift many restrictions, but health officials had still warned of the risk of Covid-19.

More than 100 people are also injured at the religious festival in the north-east of Israel.

Prime Minister Benjamin Netanyahu described it as a “heavy disaster” and said he was praying for the casualties.https://t.co/XG8rTuorYs

In Israel, at least 44 people have been killed in a stampede at a religious festival, where ultra-Orthodox Jews had come together for an all-night prayer and dance celebration. pic.twitter.com/6ivY1YR6cQ