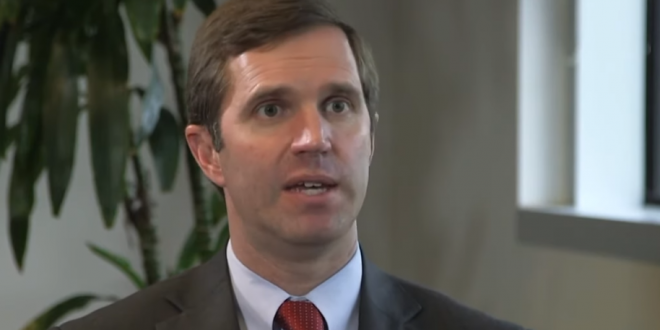 Gov. Andy Beshear signed into law Wednesday a significant election reform bill that will make it easier for Kentuckians to vote early, bucking a national trend of more restrictive election laws in the aftermath of the 2020 election. Even with the expansions included in the bill, the state’s voting laws in many ways remain more restrictive than the provisions contained in a controversial law that was recently signed in Georgia.

The bill takes some of the elements of the pandemic election plan put in place by Beshear and Secretary of State Michael Adams and makes them permanent. Things like voting supercenters — where a voter from any precinct in the county can vote — and the online absentee ballot request portal will now become permanent fixtures in Kentucky elections. As will absentee ballot drop boxes and three days of early in-person voting for all registered voters.

While other states are making it harder to vote, @GovAndyBeshear worked across the aisle to make it easier for Kentuckians. He signed the legislation Wednesday with @KYSecState and lawmakers from both parties.#vote https://t.co/ocHeW3d0l1