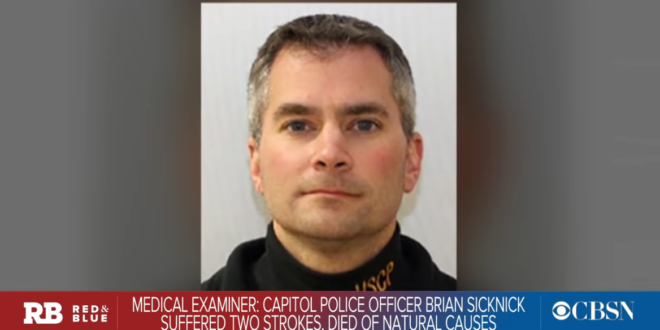 Sicknick spent hours defending the Capitol during the Jan. 6 attack by supporters of then-President Donald Trump. He was sprayed with a chemical irritant at around 2:20 p.m. and collapsed at approximately 10 p.m.

The line of duty death classification for Sicknick, who lay in honor in the Capitol Rotunda in February, will remain intact, a Capitol official confirmed to CQ Roll Call. This means Sicknick’s family is eligible to receive benefits stemming from his death.

“This does not change the fact Officer Sicknick died in the line of duty, courageously defending Congress and the Capitol,” the US Capitol Police said in a statement. https://t.co/cQDr48Fu38