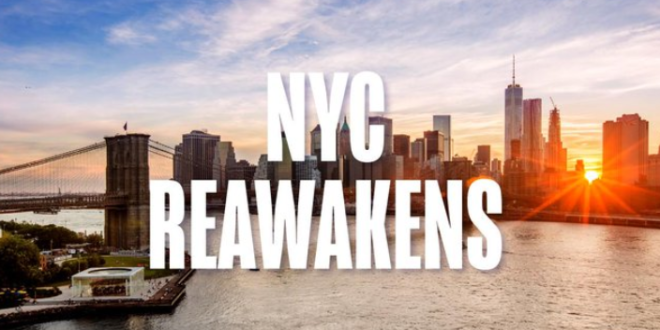 New York City wants everyone else in the country and world to know that it’s (re)open for business—today, Mayor Bill de Blasio and the city’s marketing arm, NYC & Company, announced a new $30 million tourism campaign.

“Tourism accounts for hundreds of thousands of jobs in this city, and building a recovery for all of us means welcoming tourists back to the greatest travel destination in the world,” de Blasio said in a statement.

“The ‘NYC Reawakens’ initiative will show travelers everywhere that New York City is not only ready to host them – it’s creating a fairer, better, and more vibrant city than ever before.”

Previous Chauvin Being Held In Solitary For 23 Hours A Day
Next CHATTER AWAY: Overnight Open Thread