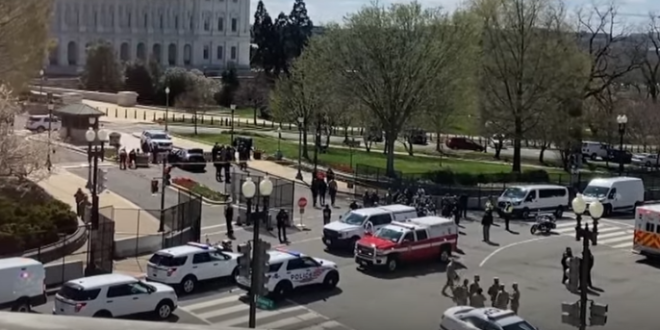 Noah Green, a former college football player and Nation of Islam adherent, was named as the knife-wielding, now-deceased suspect who rammed a car into a U.S. Capitol barricade, exiting with a knife and killing one Capitol police officer while injuring another.

Green’s Nation of Islam beliefs emerged through a review of his now-deleted Facebook page by Heavy, although police have not specified a motive and say they don’t believe the attack was terrorism-related.

On Facebook, as recently as March 2021, the suspect expressed admiration for Elijah Muhammad, the now deceased Nation of Islam leader who was a mentor to Malcolm X. Green referred to himself as “Noah X.”

Greene was an African American male who also had recent ties to Virginia. He was not on any watch lists and appeared to be a single actor, according to a federal law enforcement official and a Capitol Hill source.

Two law enforcement officials told The Associated Press that the suspect, Greene, stabbed one of the officers.

Investigators were digging into the suspect’s background and examining whether he had any mental health history as they tried to discern a motive. They were working to obtain warrants to access his online accounts.

Green was facing many difficulties in his life that were adding up in recent months, including unemployment and hunger, writing, “I haven’t had much to lean on” because he faced “ fear, hunger, loss of wealth, and diminution of fruit.”

In another post, he said there was “much confusion in this day and age in my perspective,” citing “the ongoing COVID crisis, unemployment, rising National Debt, division within the political sphere, rumors of war and the like.”

He wrote that “my faith is one of the only things that has been able to carry me through these times and my faith is centered on the belief of the Honorable Minister Louis Farrakhan as Jesus, the Messiah, the final divine reminder in our midst.”

NEW from me + @BrandyZadrozny: Statement from Facebook on the Capitol attack suspect Noah Green’s purported page.

Noah Green, the suspect in the #CapitolAttack, posted on social media in the weeks before the attack that he had lost his job and suffered medical ailments, and said he believed the federal government was targeting him with “mind control.”