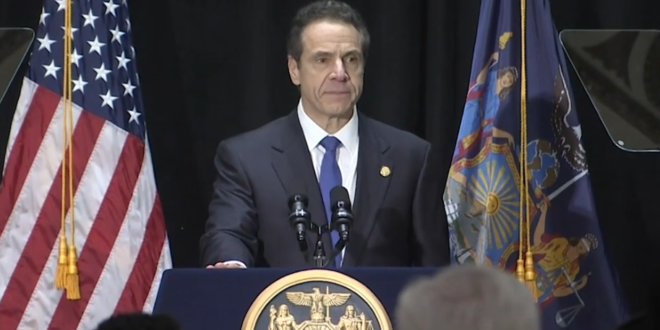 Cuomo May Sue Over NY’s Loss Of US House Seat

Census Bureau figures released Monday found New York missed a threshold for keeping all its 27 seats in the House of Representatives starting in 2022.

In news release, Cuomo said he would ask Attorney General Letitia James to explore avenues of legal relief. At the press briefing, Cuomo shifted blame onto former President Donald Trump’s administration, which tried unsuccessfully to add a question on citizenship status to the form.

“You had people who were nervous to come forward,” Cuomo said. “I do believe the federal government had a chilling effect.” The state can sue, but historically that hasn’t been an easy route. Utah did so after the 2000 census but was unsuccessful.

Governor Andrew Cuomo said his office is exploring whether New York can contest a Census count that cost the state a congressional seat after being just 89 residents short https://t.co/nuH4Mwc8G2

Previous CHATTER AWAY: Overnight Open Thread
Next DC Cop Furious About Riot “Whitewashing” By Cultists: “I Experienced The Most Savage Combat Of My Life”