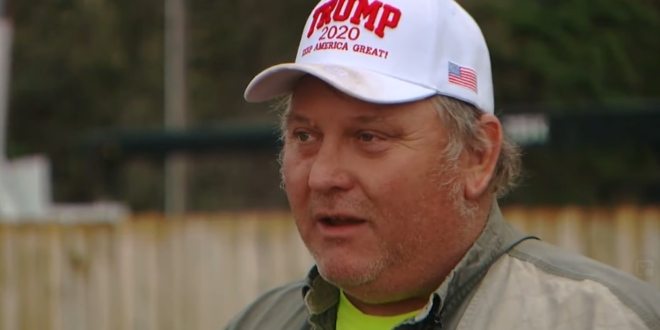 Cultist Ready To Go To Jail Over Massive Trump Flag

A Minnesota man refuses to take down a “Trump 2020” flag that’s in violation of city ordinance. Jay Johnson is flying the custom-made flag on a crane at his construction business in Buffalo. He says he took down the flag, which measures 50 feet by 30 feet, after the election — but decided to put it back up last month. Buffalo city ordinance says a sign that big needs to be licensed, which he hasn’t applied for. He says the flag cost $1,000, and the crane cost $50,000. “I am prepared to get the fines, ultimately get cuffed, go to jail, whatever,” he said.