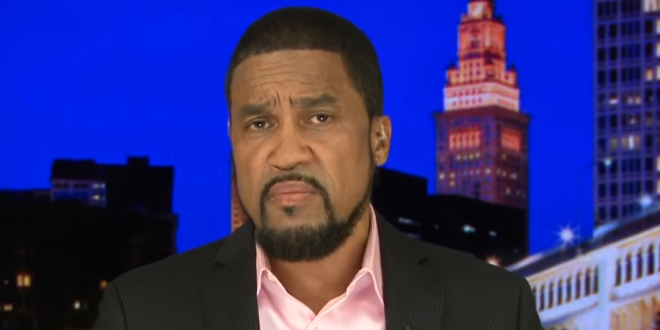 Donald Trump ally Pastor Darrell Scott has claimed recent reports revealing that the Capitol Police were told to hold off on their response to the January 6 attack is proof that the riot was a “set up” for Trump take the blame for it.

“The Capitol Police were told to hold back on the response, they were given a stand down order. This was no coup, it was no insurrection, it was no attempt to overturn the election. They were told to stand down.”

Read the full article. Scott, who was among the evangelicals who “laid hands” on Trump in an infamously bizarre Oval Office ceremony, last appeared on JMG when he advised Trump to go “slap around” Georgia Gov. Brian Kemp. Scott also made headlines last year for handing out literal piles of cash in black communities in an alleged attempt to increase GOP voter turnout.