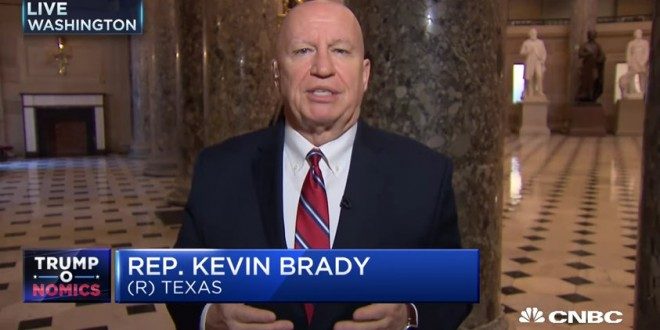 U.S. Rep. Kevin Brady, R-The Woodlands, announced Wednesday morning that this will be his last term serving in the U.S. House.

First elected in 1996, Brady is one of the most senior members of the Texas delegation and a powerful player within the House Republican conference. The announcement was widely expected as he was facing a term limit in his role as the top Republican on the House Ways and Means Committee, which legislates tax law.

“I am retiring as your Congressman. This term, my 13th, will be my last,” he announced during remarks at the Woodlands Area Chamber of Commerce Economic Outlook Conference.

Read the full article. Brady was the chief architect of the massive corporate tax cuts enacted under Trump. After the Capitol riot, Brady made news by warning that calls to impeach Trump would only incite further insurrection attempts.

NEW: U.S. Rep. Kevin Brady will retire from Congress at the end of his term.

Brady announced the news Wednesday morning. Brady is the second Texas member of Congress to announce that this would be his final term. https://t.co/fibY4DDlUS