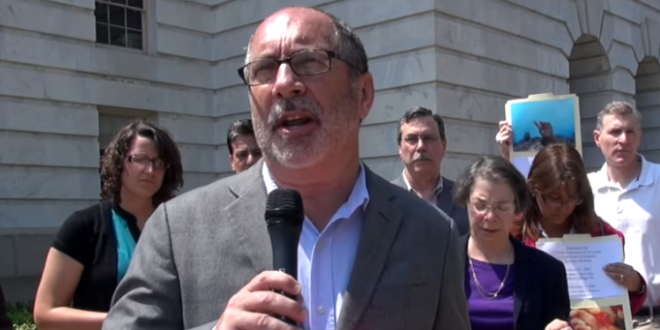 Court Rejects Pastor’s Bid For Prayer Vigil At US Capitol

First, a reminder from yesterday:

Rev. Patrick Mahoney will be seeking injunction relief to conduct his Good Friday Service and prayer vigil at the Capitol. Rev. Mahoney was told last week by the US Capitol Police the Good Friday Service would not be allowed because it was in a “restricted area.” Both Vice-President Kamala Harris and Speaker Nancy Pelosi, acting in their Official Capacities, are defendants in the lawsuit.

NEW: A federal DC judge has rejected an effort by a local reverend to force the Capitol Police to allow him to hold a Friday prayer vigil in a restricted spot on Capitol Grounds, where rioters caused severe damage.

“I don’t think this is a very close case,” Judge Boasberg said.

Rev. Patrick MAHONEY sued, claiming a violation of speech rights and emphasizing that he felt “led by god,” his attorney said, to lead a vigil on the Lower West Terrace of the Capitol grounds. Alternative spots proposed by Capitol Police were insufficient, he argued.

PREVIOUSLY ON JMG: Mahoney is the head of the Christian Defense Coalition, which in the past has paraded a “living nativity scene” (including a camel and a donkey) before the Supreme Court. He’s also affiliated with Roy Moore. In 2012, he led protests outside the Democratic Convention in Charlotte. In 2009, he joined a raft of hate group leaders in protesting the just-passed Hate Crimes Act outside DOJ headquarters.