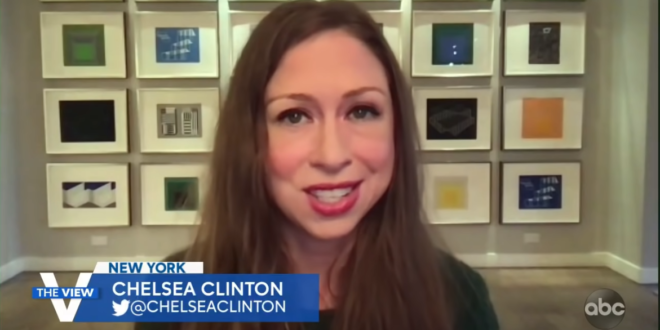 Chelsea Clinton: “It’s Never Too Late” For Trump To Release Photos Of Himself Getting The COVID Vaccine

Chelsea Clinton said Thursday that former President Donald Trump should do “the right thing” and release photos of himself getting vaccinated against coronavirus, which, she argued, would encourage Republicans, who are disproportionately hesitant to be immunized, to get the shot. During an appearance on ABC’s The View, Clinton said, “Given that we know white Republican men are currently the most vaccine-wary,” the release of photos of Trump and his wife receiving their shots would have an outsize impact.

.@ChelseaClinton tells @TheView “it’s never too late” for former Pres. Trump to publicly show his support for COVID-19 vaccines: “I still wish they would release photographs of President Trump and Mrs. Trump being vaccinated because I think it’s the right thing to do.” pic.twitter.com/6jfc4FHRwN