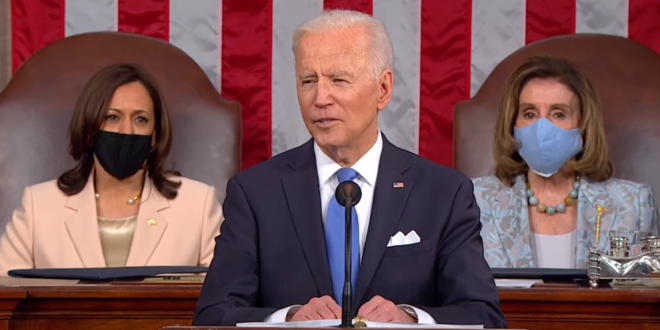 Most viewers who tuned in to watch President Biden’s speech liked what they heard and came away feeling optimistic about America. Speech viewers described the president as “Presidential, “Caring,” “Inspiring” and “Bold.”

And history was made tonight with two women seated behind the president during an address to Congress, and a big majority of those who watched felt proud to see that.

JUST IN: Joe Biden Scores Whopping 85 Percent Approval Among Those Who Watched Address to Congress https://t.co/QggFEPRPdw