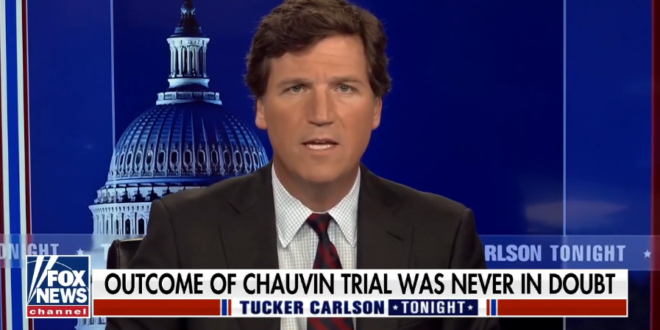 Carlson: The Jury Ruled Guilty Because They Fear BLM

The jury in the Derek Chauvin trial came to a unanimous and unequivocal verdict this afternoon: “Please don’t hurt us.”

The jurors spoke for many in this country, everyone understood perfectly well the consequences of an acquittal in this case. After nearly a year of burning and looting and murder by BLM, that was never in doubt.

Last night, 2,000 miles from Minneapolis, police in Los Angeles preemptively blocked roads. Why? They knew what would happen if Derek Chauvin got off. In the end, he didn’t get off. If given the maximum sentence under the law, he will spend the rest of his life in prison.

No politician or media figure has the right to intimidate a jury. And no political party has the right to impose a different standard of justice on its own supporters. Those things are unacceptable in America. All of them are happening now.

If they continue to happen, decent, productive people will leave. The country as we knew it will be over.