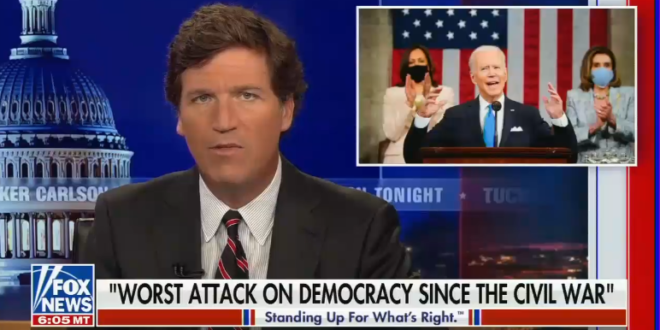 Carlson: Immigration Is Worse Than The Capitol Riot

“Really? The worst attack on our democracy in 160 years? How about the Immigration Act of 1965? That law completely changed the composition of America’s voter rolls, purely to benefit the Democratic Party. That seems like kind of an assault on democracy, a permanent one. But no, that was a good thing, because in the end, it helped Joe Biden.” – Tucker Carlson, going on to suggest that Biden would be agreeable to ending the vote for women and reinstituting slavery since, after all, he doesn’t believe the Second Amendment is “absolute.”