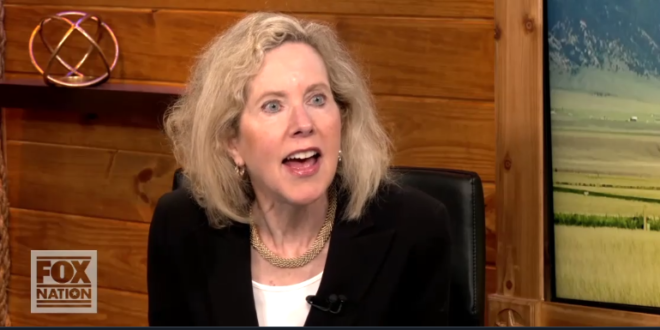 TUCKER CARLSON (HOST): What would happen if there was an actual crisis in the country —

CARLSON: I mean, COVID’s bad, lots of people died, mostly elderly people. But if we had, you know, if there was a —

CARLSON: Well, a war. That’s exactly right. We haven’t displayed the ability to make wise decisions as a country.

MAC DONALD: But the — you know, we can’t even have drill sergeants anymore, because it might help — hurt the females. You know, they — they just feel so oppressed. So, even the military now is — is completely being feminized, so I don’t know how we would fight a hot war.

TUCKER: So, the debate over whether pregnant women make the best fighter pilots, I guess, would be resolved. Like, we know, right?

MAC DONALD: Right, right, right. And — and get them in the combat units, where everybody’s, like, beating each other up out of jealousy and — and sexual intrigue. That’s really good for combat cohesion.