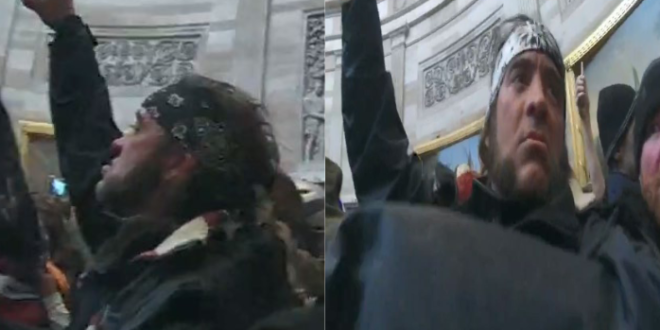 One week after the insurrection at the U.S. Capitol on Jan. 6, Robert Chapman sent a message to a prospective love interest on the dating app Bumble to brag that he had taken part.

“I did storm the capitol,” he said, according to court documents. “I made it all the way to Statuary Hall.” His potential date wrote back: “We are not a match.” Then, the Bumble user contacted the police.

Thanks to the tip, Chapman was arrested by the FBI on Thursday. Chapman had also bragged on Facebook about being in the insurrection, the FBI said — and even changed his profile picture to a selfie in the riot.

He boasted on Bumble about storming Capitol, feds say. His would-be date turned him in: “We are not a match” https://t.co/yjfy5Avw8i

A New York man, Robert Chapman, has been charged with entering the Capitol on Jan 6. The FBI began investigating Chapman after they got a tip from one of his Bumble matches. The FBI included the Bumble screenshot in the charging documents. pic.twitter.com/ctHHYk44a5