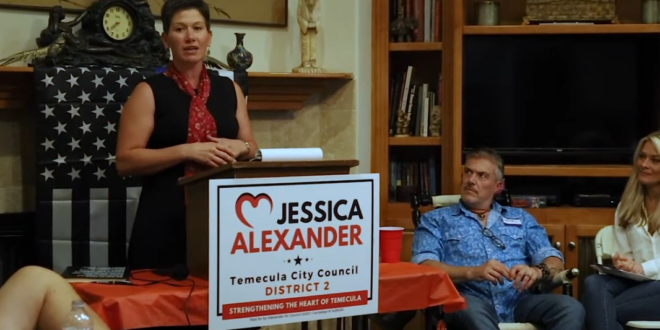 A Temecula council member is facing a backlash after comparing the refusal to wear a mask to prevent the coronavirus to civil rights hero Rosa Parks’ fight against racial segregation. Critics said Jessica Alexander’s comments, including “I’m getting pushed to the back of the bus,” were insensitive and historically ignorant.

“Look at Rosa Parks. She finally took a stand and moved to the front, because she knew that that wasn’t lawful. It wasn’t true,” Alexander said, according to a videotape of the meeting. “So she took a stand. At what point in time do we? I’m getting pushed to the back of the bus. This is what I’m telling you I feel like.”

Read the full article. Alexander says she “cannot and will not ever wear a mask.”