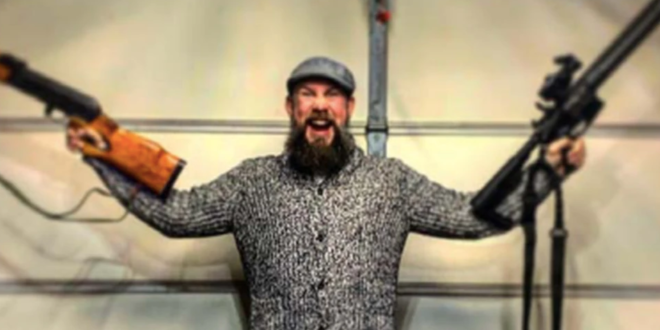 Bail Denied For Capitol Riot Suspect: His History Of Punching People In The Face Suggests He’ll Do It Again

The New Jersey gym owner charged with storming the U.S. Capitol in January and assaulting a police officer will be held without bail pending the outcome of the criminal case, despite his attorney’s claims that his alleged crimes are being blown out of proportion.

Senior U.S. District Judge Royce C. Lamberth made the ruling after a federal prosecutor described Scott Fairlamb as a violent actor at the Capitol on Jan. 6 and someone who presented a danger to the community due to his lack of remorse for storming the government building and a violent criminal history.

Read the full article. As I reported in January, Fairlamb’s father was a New Jersey state trooper and his brother is a Secret Service agent.

Federal judge explaining (among many other reasons) why he ordered pretrial detention of 1/6 rioter Scott Fairlamb. https://t.co/8QsUg2HZ9b#Analysis pic.twitter.com/H77pjXUHEp

Previous Cheney On Prosecuting Trump For Riot: It’s Up To DOJ
Next US Sees Record Gun Sales Amid Many Mass Shootings