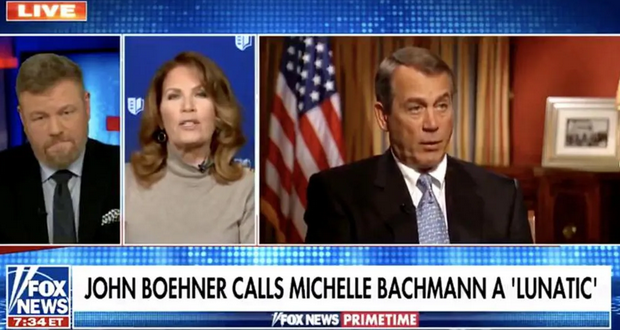 “The fact is when you talk about the elites in Congress, these people aren’t us, they’re not us, they abhor us.

“They’re the handmaidens of the rich and the famous, that’s why they give get out of jail free cards to people like Mark Zuckerberg and Jack Dorsey.

“They’re actually more like low-level tools working to shill for their post-congressional life, and for people like us, we’re considered the lunatics.

“I mean, think of how lacking in self awareness do you have to be to call Fox viewers ‘lunatics’ because that’s really what they’re doing.” – Michele Bachman, raging last night at John Boehner,

Bachmann: We’re considered the lunatics. How lacking in self-awareness do you have to be to call Fox viewers lunatics? pic.twitter.com/jzejCmiMew