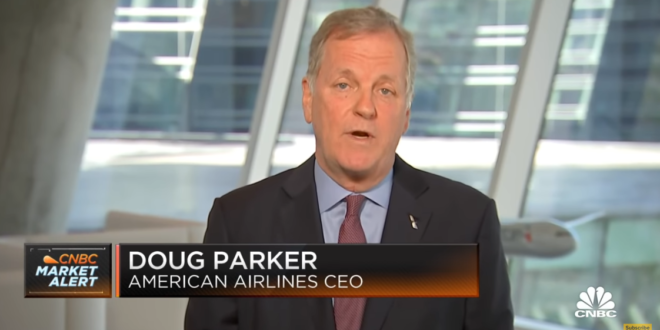 Via press release from American Airlines:

Earlier this morning, the Texas State Senate passed legislation with provisions that limit voting access. To make American’s stance clear: We are strongly opposed to this bill and others like it. As a Texas-based business, we must stand up for the rights of our team members and customers who call Texas home, and honor the sacrifices made by generations of Americans to protect and expand the right to vote.

Voting is the hallmark of our democracy, and is the foundation of our great country. We value the democratic process and believe every eligible American should be allowed to exercise their right to vote, no matter which political party or candidate they support.

We acknowledge how difficult this is for many who have fought to secure and exercise their constitutional right to vote. Any legislation dealing with how elections are conducted must ensure ballot integrity and security while making it easier to vote, not harder. At American, we believe we should break down barriers to diversity, equity and inclusion in our society – not create them.