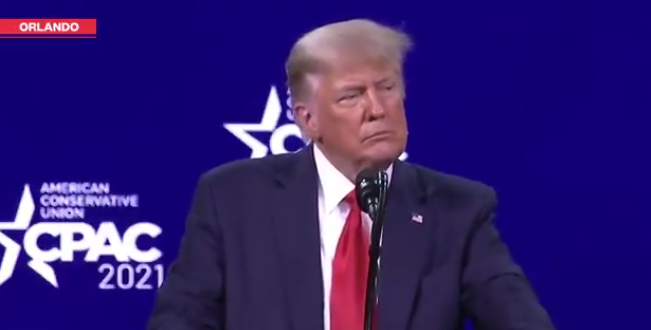 From Right Side Broadcasting:

RSBN has been suspended from YouTube for two weeks, with live streaming and the ability to upload new videos revoked.  According to YouTube, this is due to our video of President Trump’s speech at CPAC, which violated their policies on election misinformation.

YouTube has also removed the video from their platform, which at last check was approaching nearly four million views.

Any further violations may result in the permanent suspension of our YouTube channel, which has amassed over 1.5 million subscribers. We told you all that we had to be careful, and this is why. It’s a new world.

During CPAC, the streamer muted a rant by Mike Lindell after he started screaming about the election being stolen, telling viewers that he was risking their channel. The channel is largely funded by Lindell’s ads and a MyPillow image often occupies the left third of their screen. A number of other times, speeches by other CPAC speakers were cut short, with a voiceover advising viewers that they were trying to prevent a strike from YouTube.

NEW: RSBN has been suspended from YouTube for two weeks because of the Trump #CPAC2021 speech, which violated their guidelines on election misinformation.

The video was approaching 4 million views. They have also removed it from their platform.

Our network provides very little in the way of commentary. We basically just turn a camera on and show you what’s happening- and let you decide.

People can choose to watch it, not watch it, hate it or love it. That’s called freedom.

If that’s no longer allowed then God help us.

It’s worth noting that according to YouTube’s terms, our video of Trump’s CPAC speech would have been allowed to stay up had we provided “countervailing viewpoints”.

Essentially we would have had to go on air and say everything Trump just said about election fraud is not true.

Even if we believed that, we wouldn’t sell out like that and say it just to keep a video up.

We try to follow the rules. Don’t air certain things that we normally would—but we won’t censor President Trump or push back against things he says that, quite frankly, we agree with.

Can confirm that even some of the major networks had their video of Trump’s speech removed, though it is not clear if they also received a two week suspension and/or strike on their accounts like we did.

Wow. Right Side Broadcasting cut away from the big lie CPAC panel discussion so hosts could read a disclaimer protecting the network from legal liability. pic.twitter.com/Gd170VZUHC

Mike Lindell, CEO of MyPillow, is here at CPAC. In this clip, he is spreading conspiracy theories about the coronavirus, and the Right Side Broadcasting host interrupts him to provide a disclaimer about the YouTube rules. pic.twitter.com/B8GCEY4Pbr