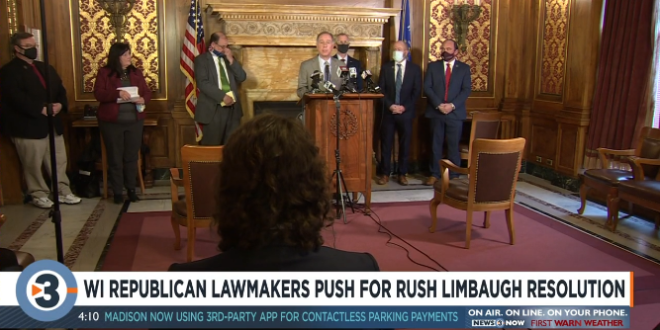 In the same Senate session, Republicans turned down Democratic efforts to include slavery and Black history in a bill requiring public schools to teach the Holocaust and other genocides; they also rejected another attempt at a Black History Month resolution after passing on a similar effort last month.

“The Republicans have issues with who we as a Black body choose to honor, but yet we have to sit in this body and honor somebody like Rush Limbaugh who was a homophobic, xenophobic racist,” @StateSenLaTonya Johnson (D-Milwaukee) said.#RacistGOPhttps://t.co/0G0AEXFBZi