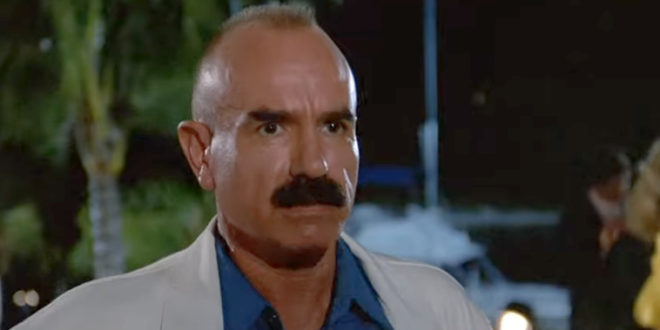 G. Gordon Liddy, the political operative who supervised the Watergate burglary, which brought down President Richard Nixon, died Tuesday, his family said. He was 90.

Liddy’s family said in a statement that he died Tuesday morning at his daughter’s home in Mount Vernon, Virginia. His son, James, said that the cause was not related to Covid-19, and that he had been dealing with Parkinson’s disease.

Liddy was convicted of conspiracy, burglary and wiretapping in 1973 and sentenced to 20 years in prison. Years later, he declared, “I’d do it again for my president.” President Jimmy Carter in 1977 commuted his sentence to eight years in what he said was the interest of fairness, which made Liddy eligible for parole that year.

Read the full article. Not only did Liddy never repent, he went on to a career as a Limbaugh-esque radio host and, as you see by the screenshot above, many guest appearances on shows such as Miami Vice.

BREAKING: G. Gordon Liddy, the political operative who supervised the Watergate burglary that brought down President Nixon, has died at age 90, his son says. https://t.co/UhnuST053O