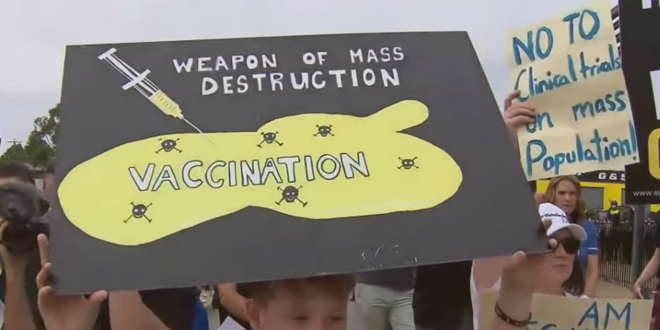 Facebook is conducting a vast behind-the-scenes study of doubts expressed by U.S. users about vaccines, a major project that attempts to probe and teach software to identify the medical attitudes of millions of Americans, according to documents obtained by The Washington Post.

The research is a large-scale attempt to understand the spread of ideas that contribute to vaccine hesitancy, or the act of delaying or refusing a vaccination despite its availability, on social media — a primary source of health information for millions of people.

The research effort also discovered early evidence of significant overlap between communities that are skeptical of vaccines and those affiliated with QAnon, a sprawling set of baseless claims that has radicalized its followers and been associated with violent crimes, according to the documents.

Massive Facebook study on users’ doubt in vaccines finds a small group appears to play a big role in pushing the skepticism https://t.co/mZ11j5hSYL

Previous Fauci Urges Trump To Tell His Supporters To Get Vax
Next CHATTER AWAY: Overnight Open Thread