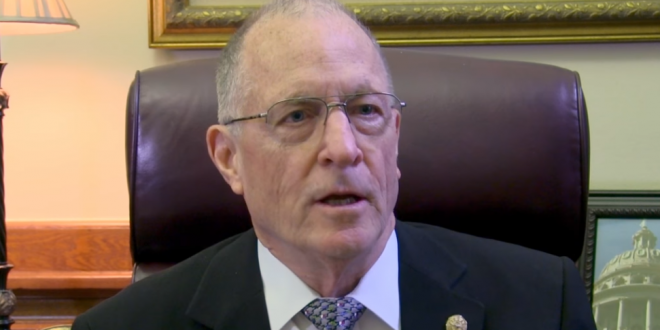 The bill’s staunchly pro-gun author, state Sen. Bob Hall, sees the move as a logical extension of Texas’ campus carry law, which passed in 2015 over the passionate pleas of Democrats, gun control advocates and some university officials who feared increased violence.

Read the full article. Hall first appeared on JMG in 2016 when he introduced a bill that would have overturned all local LGBT rights ordinances in Texas. We heard from him again last year when he refused to allow the “unnatural” Log Cabin Republicans to become an official affiliate of the state GOP.

A few years ago the “Campus Carry” bill roiled the #txlege. A law was passed allowing licensed gun owners to carry concealed guns on college campuses.

Now the lawmaker wants to extend it to public schools.
via @samisparber https://t.co/Lh2fi5M0FY