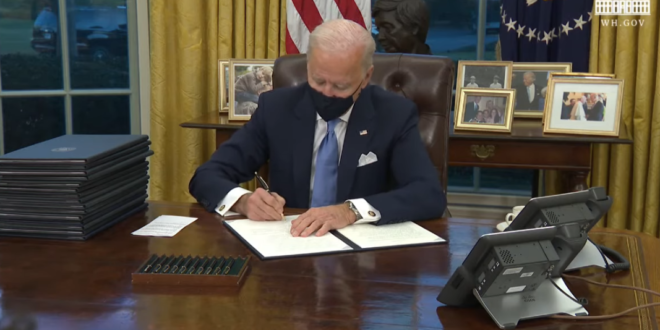 President Biden will mark International Women’s Day on Monday by signing two executive orders geared toward promoting gender equity, both in the United States and around the world.

The first executive order will establish a Gender Policy Council within the White House, reformulating an office from the Obama administration that was later disbanded by former President Donald Trump, and giving it more clout.

Under former President Barack Obama, the office was called the White House Council on Women and Girls. The name change to the Gender Policy Council is intentional, the administration official said, “to reflect the fact that gender discrimination can happen to people of all genders.”

The president is expected to sign two executive orders today with a goal of “restoring America as a champion for gender equity and equality,” an administration official says. https://t.co/nhJAe9re1U