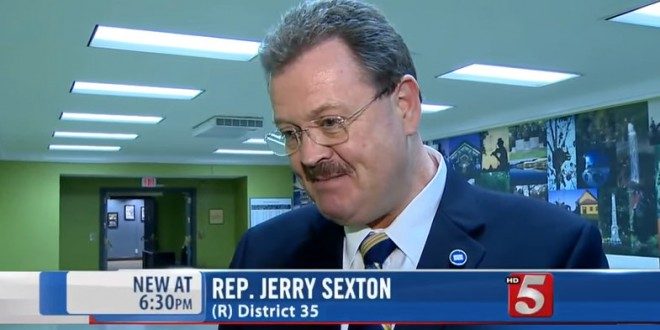 A resolution designating the Bible as the state book cleared a House committee Tuesday morning despite constitutional concerns from several lawmakers.

HJR150, carried by Rep. Jerry Sexton, R-Bean Station, would include the Bible in the Tennessee Blue Book next to a list of other state symbols.

Similar to Sexton’s previous arguments, the resolution emphasizes the importance of the Bible in reflecting family heritage and stresses the economic impact of the state’s Bible publishing industry.

Sexton last appeared on JMG last month when with state Sen. Mark Pody, he introduced a bill that would allow rapists to prevent their victims from getting an abortion.

The pair has attempted to make the bible the official state book every year since 2015. The closest they came was in 2018 when the bill passed both chambers only to be vetoed by then-Gov. Bill Haslam.

The pair also appeared here in 2018 and 2019 for their attempt to ban same-sex marriage in Tennessee.