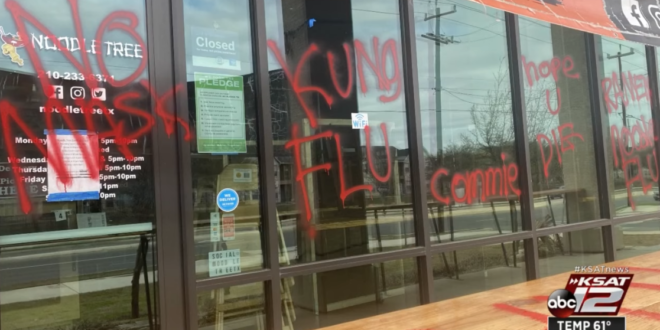 A ramen noodle shop on the Northwest Side was vandalized just days after its owner spoke out against Governor Greg Abbott’s decision to end the state’s mask mandate in an interview with CNN.

Racist messages were painted on the restaurant’s windows and a table outside that read, “no mask,” “ramen noodle flu”, “kung flu” and other sayings.