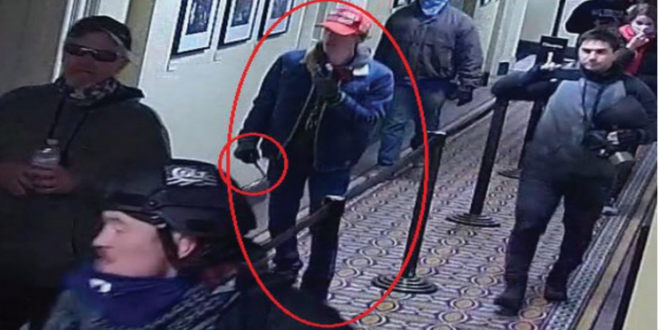 Teen Riot Suspect: I Was Attacked, Got COVID In Jail

In their bid to get him out of the Grady County Jail in Oklahoma, attorneys for an 18-year-old defendant in the U.S. Capitol siege said another inmate attacked him. They also said their client caught COVID-19 while behind bars. Bruno Joseph Cua was put in solitary confinement either because of one or both of these things, according to a motion dated Monday.

“We understand that the inmate struck Mr. Cua in the face with his open hand, injuring his nose, over the use of the phone, and then threatened him regarding the incident,” stated a motion from lawyers William E. Zapf and Jonathan Jeffress.

Cua, who is from Milton, Georgia, is one of the Donald Trump supporters charged with raiding the U.S. Capitol Building on Jan. 6. He allegedly shoved a police officer and was armed with a baton.

Teen Who Allegedly Wanted to ‘FIGHT’ for Trump at Capitol Was Attacked in Jail, Also Caught COVID: Defensehttps://t.co/RAzvTaMEGe

*18-year-old Capitol riot suspect Bruno Joseph Cua was attacked in jail and also was infected with #COVID19 there, according to his lawyer.
*He’s charged, among other things, with assaulting a federal officer.https://t.co/MzM6GWFx5l pic.twitter.com/Gy2Q5UPuly

LATEST: Court filing claims youngest Capitol insurrection suspect, Bruno Cua, was assaulted by another inmate while in custody. We reported yesterday he’s tested positive for COVID-19 and his attorneys want him released on bond. pic.twitter.com/l3Hg9pD11r